Kol is a ‘tiny dot’ in Dhauladevi area of Almora District in the state of Uttaranchal. After our marriage in 2014, my husband and I went to Kol for a ceremony. We believe that the land belongs to our ancestral deity. Now, before I continue, let me confess, I am hypercritical when it comes to hygiene. I was not too keen to go, but, I couldn’t say ‘no’ due to religious reasons. It was a short trip, so I did the packing accordingly, but, my stock of tissues, napkins, sanitizers remained intact. After a tedious journey of two days, we reached Kol. My husband’s distant relatives still stay there and since, it was pointless to find a ‘great’ hotel in such tiny dot, we stayed at their place. Peace!

To calm down my reluctant self, I took a morning stroll to see what’s around – there was a huge organic farm right in front, the other end of which welcomed lush green mountains and the ‘first rays’ of sun, there was a stable, a separate poultry farm, a hand-pump which they had connected to a self-made well. On the side of the well, at a considerable height, a small space was covered with tin from all the sides with a proper door and an exhaust vent. I opened the door slightly and peeped inside, it turned out to be the ‘washroom’.

My critical sensors turned ‘high-alert’, as I was examining the washroom. How easy is it to disappoint people who always tend to find faults? I was speechless, I have never seen a washroom (toilet) so clean and nicely kept in my life as that was (please don’t count five-stars, they charge for it). My impressed self took a bow!!

Just then, my husband who was noticing a whirlwind turn into a soft breeze asked me, “Happy?”

Being ‘over critical’ doesn’t bother me, because, I keep a tap on numbers. Over 1 Lakh children die every year in India due to poor sanitation, only 21.5 per cent of solid waste generated in India is processed, a report released last year May estimated that roughly 60 percent of the country’s 1.2 billion people still defecate in the open, 70% do not have access to toilets, approx. 30% have dysfunctional utilities. This is just a small fragment of what I call “a predominant yet malignant aspect of human civilization”. Here’s another one, straight from urban households – how many of you, when go to a public toilet or utility (in malls or say, airport) and release yourself, carefully throw tissues of your waste into the dustbin and NOT in the commode? Or, care enough to flush every time? Or, check that no remnants of your waste are left inside the pot? Or, care not to spit inside the public toilet commode?

If you do, it clearly talks about who you are as a person, because, your hygiene habits define your mentality. What lies between you and your excreta is the evolution of your mind and development of your country. You largely become what you imbibe as part of your culture. Habits are formed from the beginning itself, ever wondered why Japanese don’t litter or don’t shy away from “cleaning-up”?

Let me introduce you to Mayuri Bhattacharjee, Founder of Loo Watch and Sikun Relief Foundation, Curator of The World Economic Forum Global Shapers (Kolkata Hub) and a ‘sanitation enthusiast’. She is a part of my Real Life Heroes series.

“I have grown up in a strict environment.

My mother ensured that we keep our things in an orderly manner, that we throw litter in the dustbin, wash our hands till the count of 40. In fact, I have studied in a Catholic school in Tezpur, wherein after tiffin break, students cleaned their class-rooms role number wise. We were taught, since beginning, that cleanliness is a communal activity, not just personal” – Mayuri Bhattacharjee 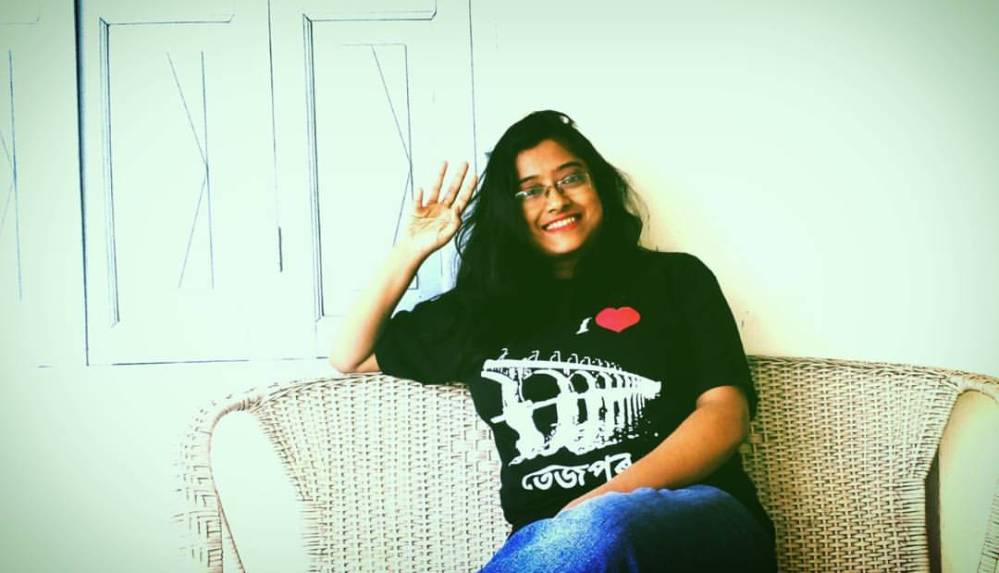 Mayuri formed Loo Watch in 2015 and the idea of it was carefully sketched and contoured by a thought, a thought that rested in her mind since her school days. She says, “A sister in Catholic School, once quoted, “When you go to the temple or church, you go to cleanse your soul. When you go to the toilet, you go to cleanse your body. Equating a place of worship with a toilet, placing both on the same platform was like breaking a taboo, it was kind of revolutionary. I felt it deep and decided to follow it. As I grew up, I sensed that women suffer more due to poor sanitation. So, I went to Kolkata Municipal Corporation Office and demanded a list of public toilets in Kolkata. The official refused on the basis that it’s a confidential list and cannot be shared. That led me to file a RTI. After I received the list of public toilets, I tried to visit some of them and saw the pathetic condition they were in. To me, that was, a clear wastage of public money and resources. I figured a pressing need for a check on these issues and the need could only be fulfilled by talking more openly about it.”

The confident and determined Mayuri says, “I created Loo Watch with the intention to initiate conversations pertaining to individual loo experiences, what exactly people want and how they can bring a change. I also started writing a bit about public toilets in Kolkata. The way you rate restaurants in Zomato, I feel loos should also be rated and reviewed. I also feel, a separate space should be allocated to people who are differently-abled, otherwise, how will they come out? Not many of them can go to the mall. We must improve upon our accessibility part.” 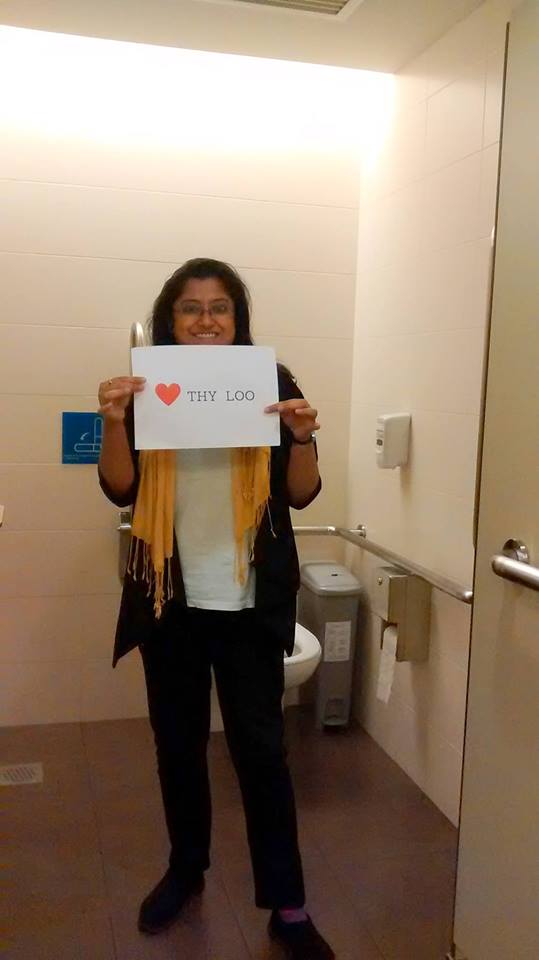 Mayuri is also Director and Program Head with Sikun Relief Foundation, the focus of which is primarily ‘Menstrual Health & Hygiene’. Sikun is immensely proactive in Assam, where there are particularly strong taboos.

“I saw that my friends who’re ‘Assamese’ had to sleep on a separate bed while menstruating, they could not touch curtains or water plants. In fact, there are many places in Assam where women or girls cannot even afford sanitary napkins, they use dirty cloths. I wanted to do my bit to help. So, we have started with workshops in schools, where we make the children understand the basics – How does a uterus looks like, its various functions and why we need to pay attention to it? It’s unfortunate that teachers skip through chapters that talk about menstrual health and hygiene or reproductive system. We want to make girls positive about it and not feel like it’s a disease. A common perception among girls about menstruation is, “it’s our dirty blood”. We do exercises to educate them and despite initial discomfort, teachers shed their inhibitions and support us.”

(These journeys have been personally shared with me by our ‘Heroes’)

Manvi is passionate about narrative storytelling and uses it as a medium to know ‘the why’ behind every human. She has worked at the intersection of corporate research, academics, and media in a career spanning nine years. Currently, she works with the New Delhi Institute of Management as an Assistant Professor. She serves as an Omniscient Perspective writer for Saris to Suits ®, Lead Content Writer at OPSVISE, and a regular contributor to eShe ®. Before this, she has worked with PLAN International (India Chapter), tech consulting firm Protiviti, management consulting firm Kearney, Women to Watch Media ®, and Foundation of Organizational Research & Education (FORE School) in various capacities. View all posts by readtoempower